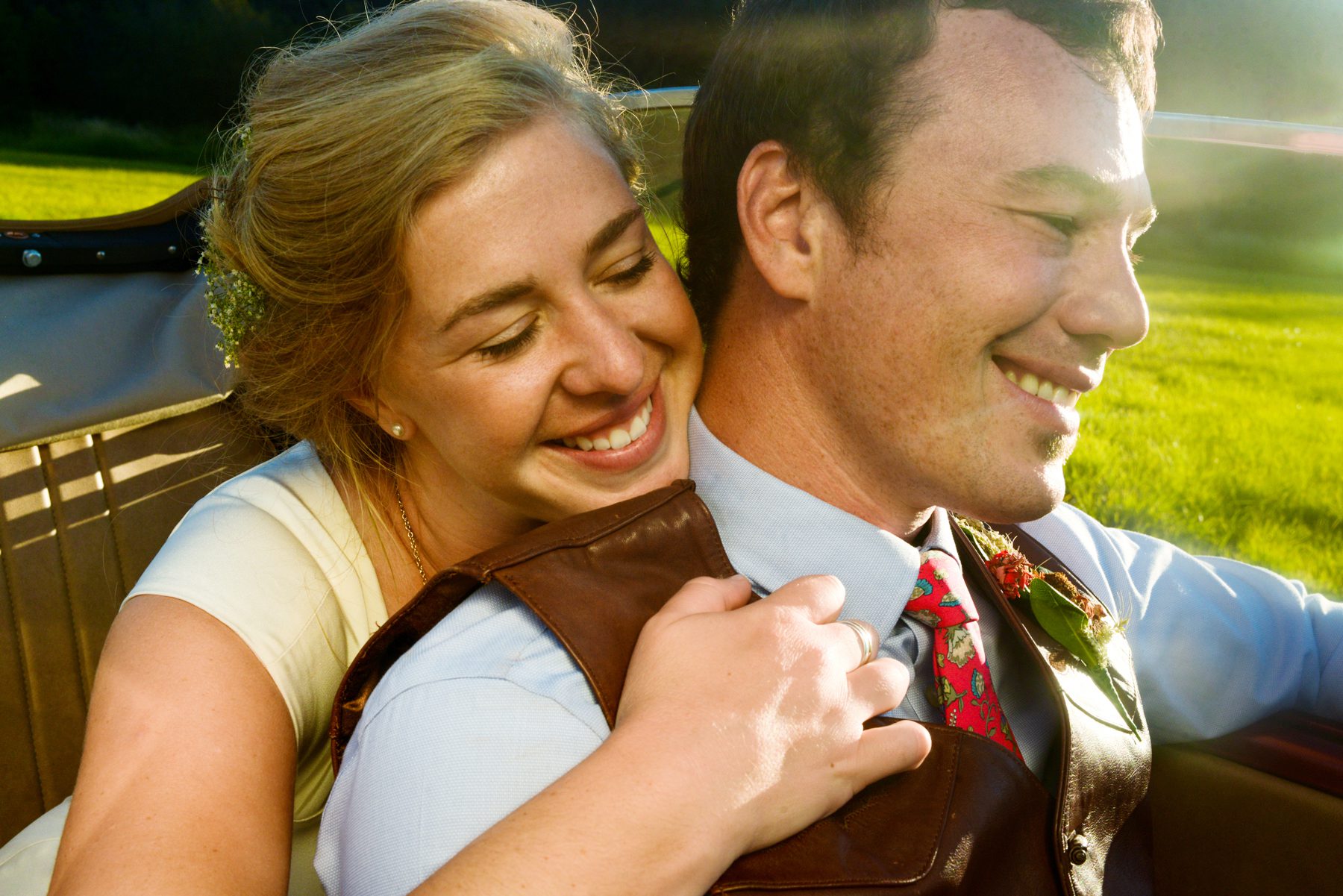 I got the news the other day that a creative portrait I made of Brynne and Dustin’s on their wedding day won 11th place in the 2014 Wedding Photojournalist Association Q4 Photography contest. It was one of my favorite images I made from their beautiful Whitefish Montana wedding last spring. You can check out more of the award winning photographs on their website here. I’m honored to be included amongst so much photographic talent. Check it out. 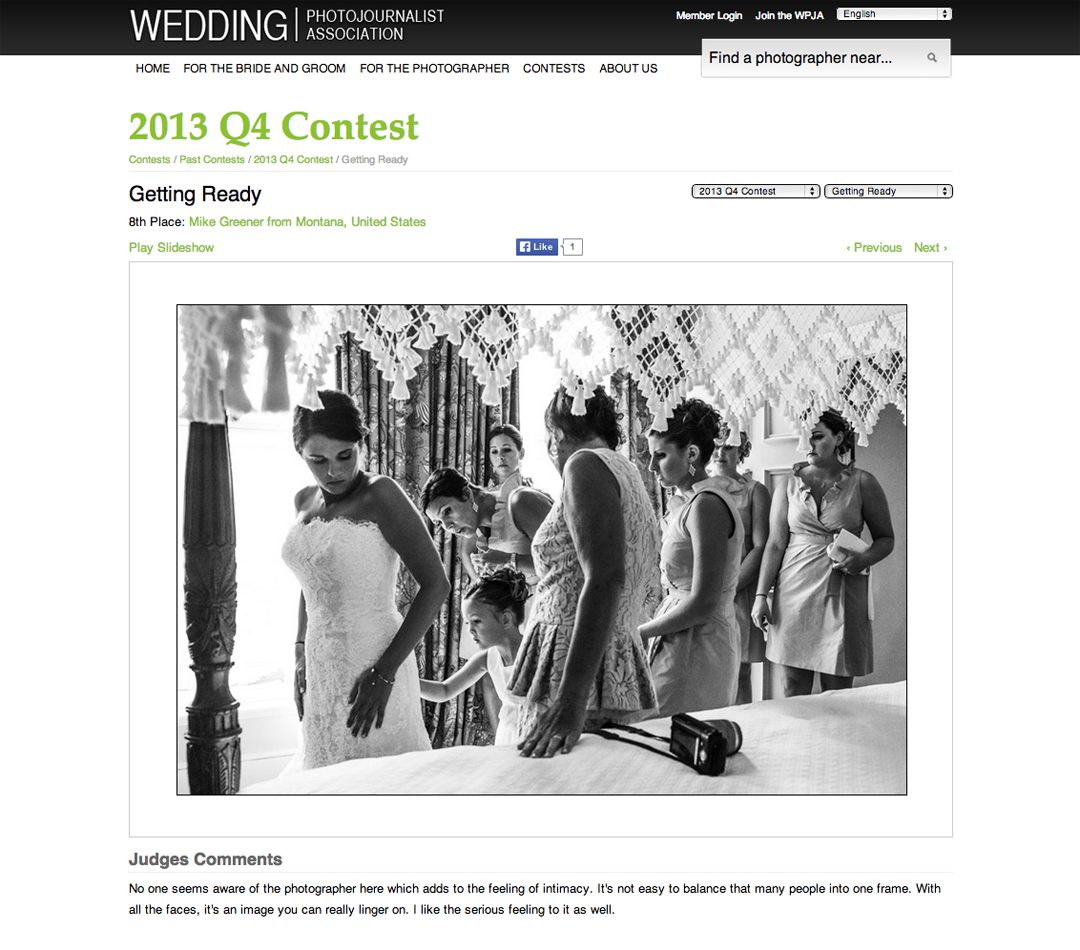 Just got word that Greener Visuals Wedding Photography  was awarded 8th Place in the Getting Ready category of the Wedding Photojournalism Association 2013 National Q4 Photo Contest. The photo, above, was from Josh and Elizabeth’s Wedding Day at the Creek Club at I’On in Charleston, South Carolina last summer. It is an honor to be recognized in the ranks of so many incredible wedding photographers throughout the world. The judges give their comments under the top ten winning images. I love good feedback. Check out all of the other winning images on their website. -M 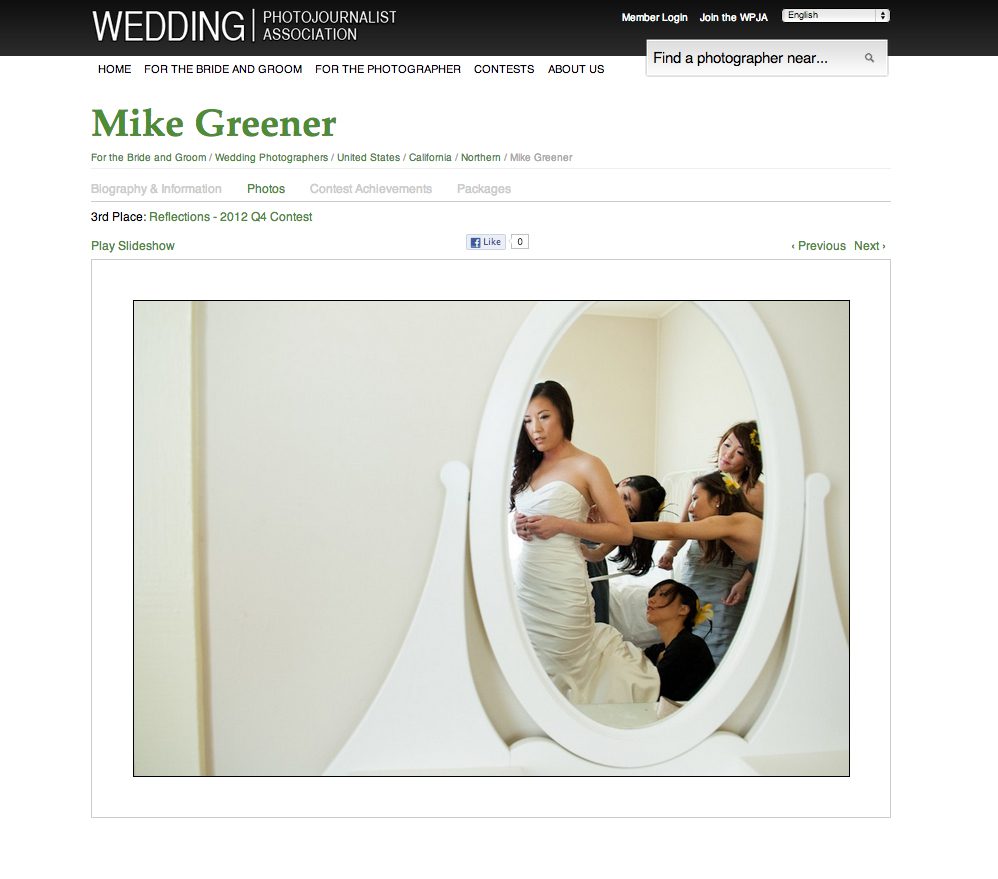 Good news! I found out recently that a couple of my photographs were recognized in a national wedding photo contest. I’ve been a member of the Wedding Photojournalism Association, a national organization of professional wedding photojournalists, for a couple years now and every quarter they hold a contest to honor the talents of its members. It’s always fun to see how you stack up again other talented peers in the industry. There was a lot of inspiring work that was awarded and I was excited to learn I was amongst them. I won 3rd Place in the Reflections category and then won 17th Place in the Great Natural Light category. I’m pretty stoked! I had a lot of fun shooting Michele and Brian’s Wedding and Melissa and Brendan’s Wedding where these award winners were made. Click on their names to check out their fun wedding photos! Thanks for the support everyone! I’m looking forward to making many more award winners for my upcoming wedding season. I’ll be a traveling man. Headed to Oregon, Colorado, South Carolina and all over Montana this summer. There’s always room for more. I’d love to hear about yours or a friends wedding day plans and tell you how Greener Visuals Wedding Photography can help capture the fun. Talk to you soon, -M
March 25, 2013/by GreenerVisuals
https://greenervisuals.com/wp-content/uploads/2013/03/WPJA2012Q4Greener3rd.jpg 879 998 GreenerVisuals https://greenervisuals.com/wp-content/uploads/2019/02/Logo-Greener-Visuals-Photography-Horizontal_color_web-1.png GreenerVisuals2013-03-25 19:20:082018-01-06 20:57:06Greener Visuals Wedding Photography Awarded in Wedding Photojournalism Association Quarterly Photo Contest 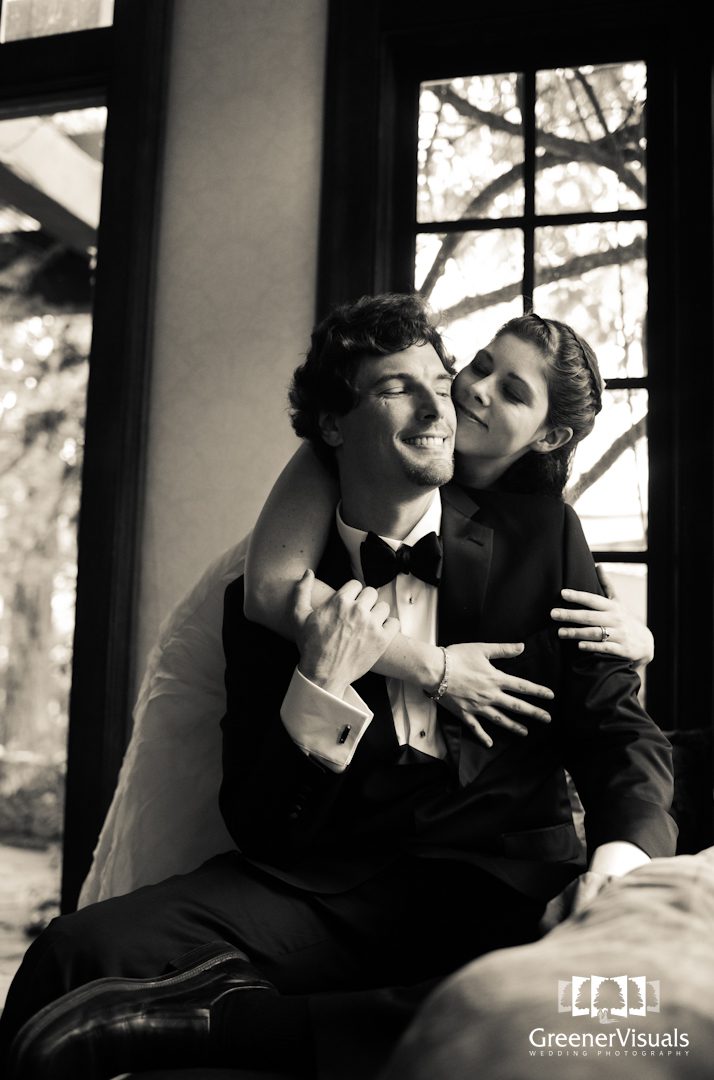 Whew what a ride! The last month has been busy with weddings and traveling back and forth to California. It’s great to have a little destination wedding photographer adventure on my weekends and it allows me the challenge of photographing in new places. Northern California never ceases to amaze me with all it’s buried treasures. I just finished up my latest photo story of Jenn and Chris’ Wedding Day that took place two weeks ago at the Ralston White Retreat in Mill Valley, California. These guys were a riot and were an absolute blast to photograph. It was also one of the most unique weddings I’ve ever attended. Jenn and Chris found me through the recommendation of some good friends of mine that saw me in action at a wedding a couple years ago. We talked about what they wanted out of their wedding photos and were looking for my documentary approach. These two were a wise couple who booked me early almost a year in advance and it was exciting to finally get to photograph it. As their website boasts, The Ralston White Retreat, “Is an old 1913 wedding venue for group retreats or special events nestled in the slope of Mt. Tamalpais which is located on 43 acres in beautiful Mill Valley, California.” It was a place of so much old fashioned character. I totally geek out to photographing in places like this. It was a very personable wedding to attend. The two had their ceremony outside in the front lawn which was followed by a relaxing cocktail hour that flowed into a lovely dinner inside the large house. Right away the group had great energy and I give personel props to their friends for their creativity as a pirate/ninja attack skit ensued forcing the groom to fight back “nerf style” for his fair maiden. It was totally random and awesome all at the same time. You got to love a group who still use their imagination and can play like kids. As the evening progressed I documented the guests laughing and playing in the Greener Visuals Photo Booth or get heavy into playing late night Garage Band video games. A great time was had by all and it was a pleasure to be apart of their wedding celebration. Wish you guys all the best. -M

To see all of their wedding photos, you can follow this link here. 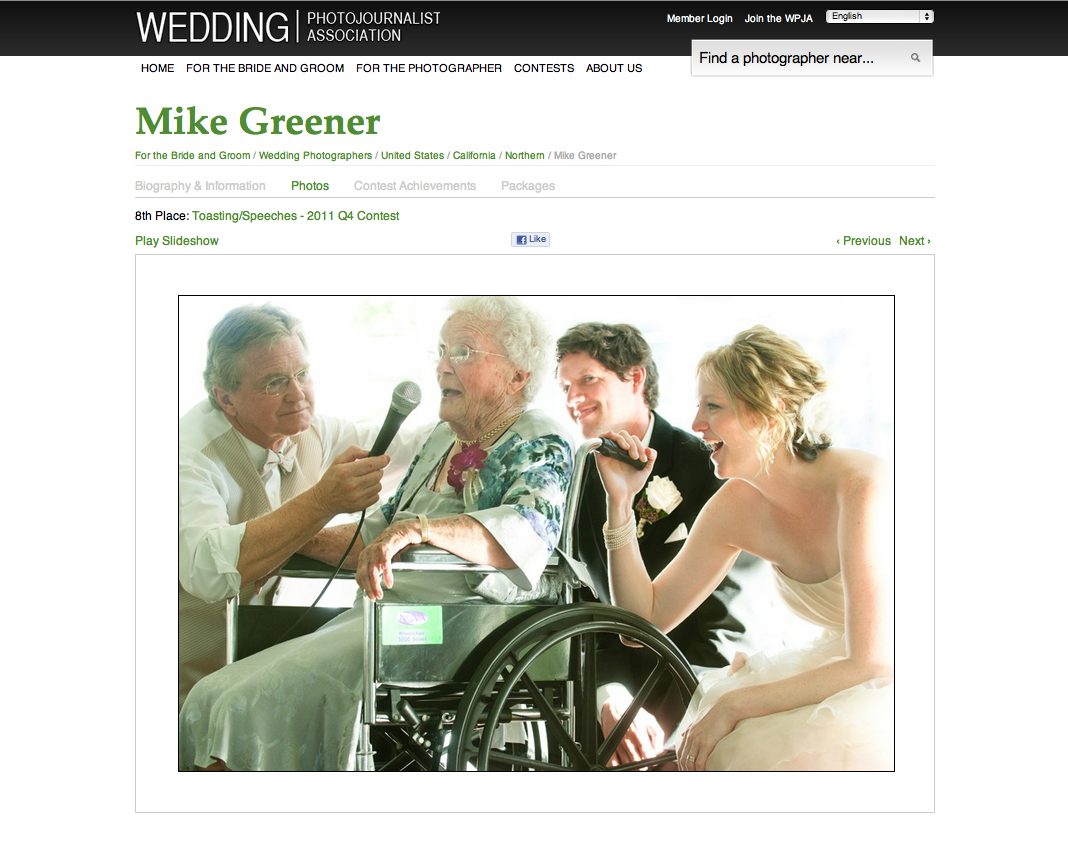 Well, this is always a fun email to wake up to. I found out the other day that a photo I made at Christina and Ryan’s wedding last summer placed in the the most recent Wedding Photojournalism Association quarterly photo contest. It’s a shot I made of Christina’s grandmother giving her toast. What a sweetheart. There is an incredible amount of talented wedding photojournalists in the organization and I’m thrilled that my work was able to stand out  amongst them. My first wedding of 2012 is one week from today! I’m getting excited. Sonoma, California here I come! 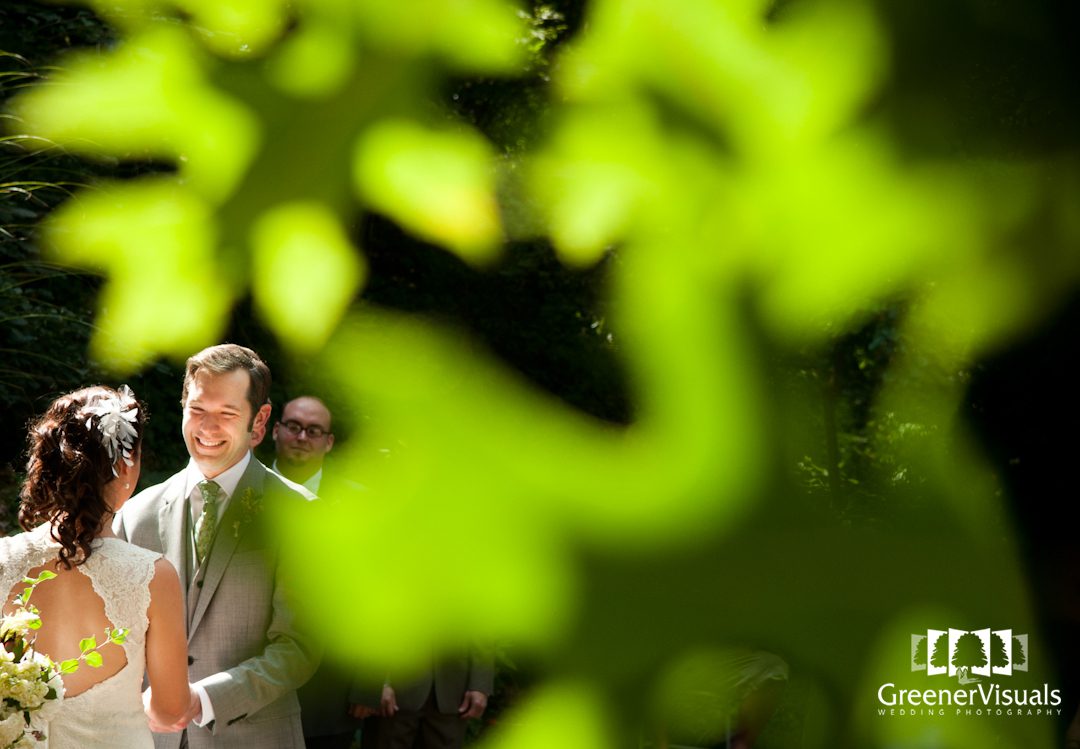 Whew! I’ve finally started to decompress from my fun, but busy 2011 wedding season. In my new found free time, I’ve been able to go back through my back log of vacation images and a few wedding assistant gigs that I have been meaning to process. Despite my busy wedding schedule this past summer in Sacramento,  I did actually get to attend one wedding as a guest. In between my Montana wedding and trip to Colorado for a Geekfest photojournalism summit back in early September, I hopped a flight to Chicago O’Hare Airport to return to my old stomping ground of Crystal Lake, Illinois for the wedding of my good ol’ high school buddy Karisa. I’m at that age now where more and more of my close friends are tying the knot especially all of my friends from high school living in the Midwest. It’s one thing to witness and photograph the wedding of my clients and another to witness the union of someone you’ve known since adolescence. Karisa is one of the few people I’ve managed to stay in touch with since graduating from high school. When I sought out the outdoor recreation bliss in the Rocky Mountains of Montana for college, she headed east to attend Dartmouth College to pursue her love of acting on stage. As the years have progressed, I’ve watched with excitement and pride as she has climbed that ladder of success in her craft. She is a Renaissance woman whose acting pursuits have branched into small movie roles, commercial shoots, on stage plays and comedy improv troops in the Chicago scene. So it’s only natural that the man she would fall in love with would be from that creative environment. Karisa met Scott when they were cast together four years ago on an Chicago improv group together called Counterproductive Lover. “We make each other laugh, so that’s absolutely a cornerstone in our relationship,” said Karisa. The group continues to regularly rehearse and perform long-form improv together and I even managed to catch a show of theirs a few years back. These days the two stay pretty busy working full time as actors. Scott is coming of his recent success with a show he was in at the famous Second City comedy club and Karisa recently finished up a commercial shoot for US Bank. From what I can tell, acting is not an easy road to venture so it give me a lot of joy to see these two making waves.

I was looking forward to their wedding day. It would be a good opportunity to visit with past friends and also because it would be the first time in a while that I could actually celebrate a wedding properly without having the obligations of producing wedding photos for a client. Karisa wanted to make sure I would enjoy the party properly and not be working it. Alas, you can’t take the photographer out of the boy. I couldn’t resist bringing along a camera and lens just in case I came across a scene worth documenting. And I found many scenes. In between socializing, dancing and drinking in celebration, I made a few wedding photographs that stood out to me during my editing session. I used the occasion to experiment a little but mostly I used it as more of a snapshot approach. Some things worked others not so much. But that was okay. I was thoroughly enjoying myself.

Karisa and Scott decided to have their ceremony and reception in the beautiful backyard of her parents home in Cary, Illinois. When planning their big day, the emphasis was to have it feel very personable and reflect their style. Much of it was put together with the help of family and friends. Karisa designed the wedding invites and all other paper stuff which were then assembled and printed at home. The bouquets were made by family members. Instead of a DJ, they opted for the do it yourself iTunes playlist where they picked their favorite songs. This worked for a while until their computer crashed. (Something to think about for your own wedding entertainment). Luckily, there were no shortages of personel iPods around and her friends took turns spending the rest of the evening choosing songs to play and dance to. For other items at their wedding, they went for the professional approach. They had their wedding photography shot by Chicago based photographer and fellow WPJA member Allison Williams and their photo booth set up by their friend Rob Strong. Karisa and her bridesmaids had her hair and make up done by Jennifer at Jen J Style. The wedding was catered by a great Mediterranean buffet-styled grill called Roti. They also had the great idea for having a local food truck which allowed guests to make after dinner smoothies, wild game sausages, and coffee drinks. You could not have asked for a nicer day. I am so glad I was able to see it. Here are a couple photos that I made from their wedding day. I wish these two all the best! -M 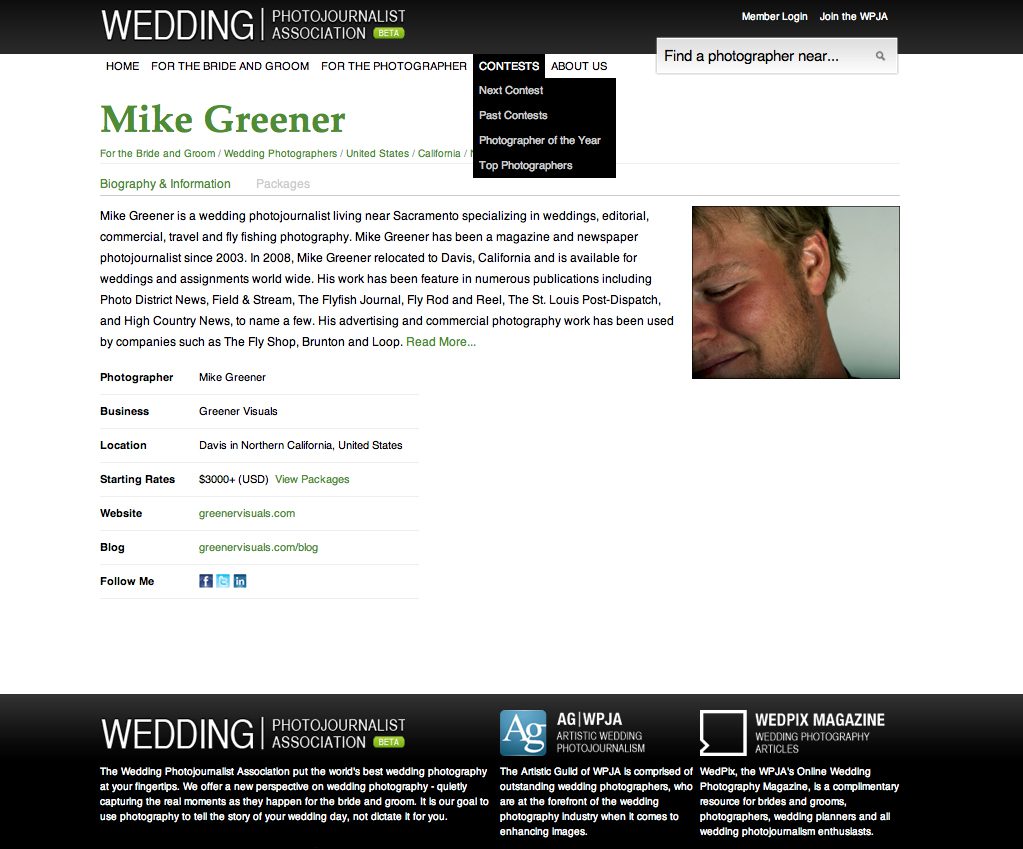 Happy Holidays everybody! I opened my email yesterday to find out that I have been accepted as a member of the Wedding Photojournalist Association. It’s a pretty big deal for me. They are the elite, industry standard of wedding photojournalism. To quote their website, ” Leading the way in Wedding Photojournalism, WPJA represents the most discriminating talent around the world technically, creatively and visually. Qualified members hold industry-leading standards, skills and business integrity.”

It’s great to be associated with such a top notch organization aimed at maintaining quality wedding photojournalism. I’m proud to be apart of it and I wanted to share with all of you. For brides-to-be, now is a great time to book your wedding photographer. I still have plenty of dates open but they are starting to fill up fast. Always a good thing. I’m really looking forward to the new wedding season but for now I’ll enjoy the winter holidays. Happy New Year everyone!