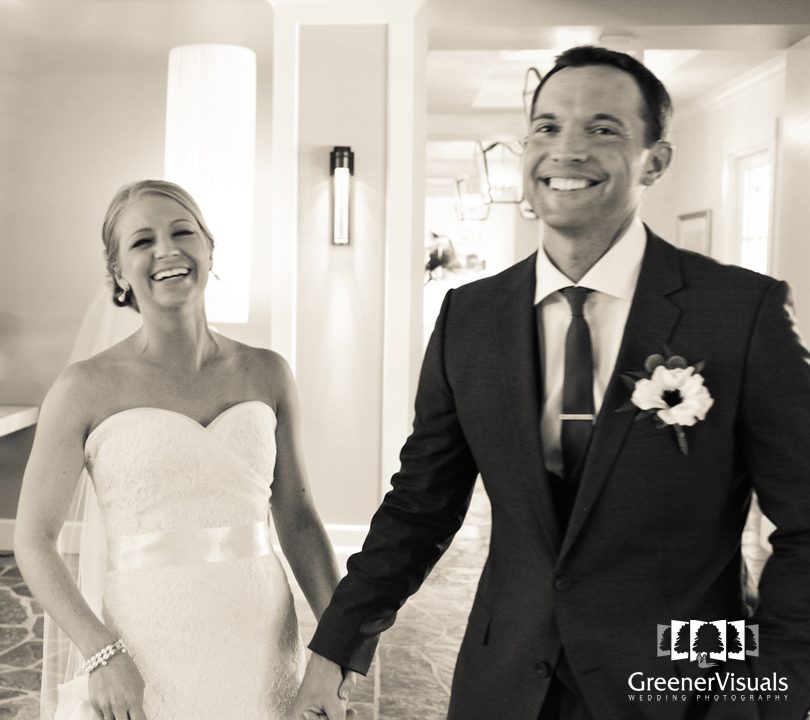 I came to know Molly and Brian through a referral from my friend and wedding planner extraordinaire Fearon, of Fearon May Events. The two were looking for a destination wedding photographer who specialized in a candid documentary photographic approach for their wedding photography and Fearon put us in touch. From our very first conversations about their wedding day back in November of 2011, we hit it off right from the get go. I love Midwesterners. Both of them are living in the Chicagoland of my youth working as financial advisory consultants, a job that allows them to travel all over the country. All the traveling has helped to develop their love of fine dining and good wines which they where sure to incorporate into their wedding celebration. Coincidentally, they met at a work happy hour and after dating for the past two years when the time came for them to choose a place to get married, these two foodies had their hearts set on a Sonoma wine country wedding. They could not have picked a prettier spot. So about a month ago, I traveled out from my new home in Bozeman, Montana back to lush, green vineyards of Sonoma, California for a weekend documenting their wedding festivities at the BR Cohn Winery.

Here are some of my favorite photos from my time with Molly and Brian. I have had so much fun getting to know these two. I wish them all the best! -M

To see all of their wedding photos and more, you can view them here 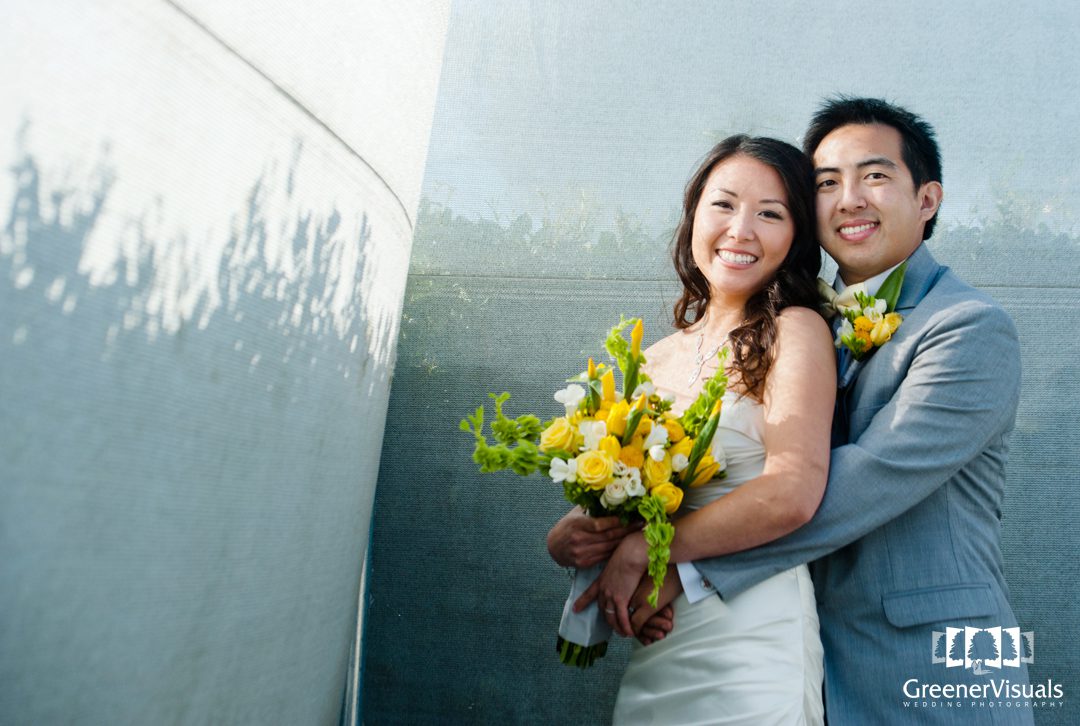 The first wedding of the season is always an exciting opportunity for me. After I’ve having had the time to ferment on my previous 2011 wedding season, I always look forward to how I can push my wedding photography to a new level for the next year. In the weeks leading up to my first wedding of the 2012 wedding season, I’ve felt like a thoroughbred race horse at the starting gates. It’s an anticipation and excitement that I’ve come to relish over the years. So after a long year waiting and planning with Michelle and Brian, I finally had the pleasure to document their wedding celebration at the beautiful Cornerstone Gardens in Sonoma, California a couple weekends ago.

Michelle and Brian met each other two years ago while attending a friend’s birthday party near their home in Los Angeles, California and cultivated a relationship with each other through the social media power of Facebook. Michelle is an elementary school teacher by trade and Brian works at SpaceX as a software developer for a company that is venturing into space exploration roles NASA has handed over to the private sector. After two years of dating, they got engaged, got their ball-o-energy Labrador mix puppy “Ali” and decided to venture north to the wine country to celebrate their wedding day. I made the journey from my newfound Graceland of Bozeman, Montana to my old stomping grounds of Sacramento, California and drove over to Sonoma to find friends and family of Michelle and Brian getting things ready for their afternoon wedding ceremony. The Cornerstone Gardens was really fun place to photograph. It was pure, visual eye candy for this photographer. Everywhere you looked, there were colorful artistic installations, sculptures and decorative gardens created by the world’s leading landscape architects surrounded by the famous grapevines of Sonoma County. The place was quite impressive and I had a blast exploring and photographing in it. I loved the energy this couple and their friends and family brought to the wedding day. Their enthusiasm and high spirits created a fun atmosphere to document in photos. Like all successful wedding days, Michelle and Brian had the help of many fine wedding vendors that helped make their union a seamless, gorgeous wedding event. My job was made all the easier with the help of wedding planner Kelly Cloney, of Kelly & Company Events who worked as the conductor/coordinator of the day making sure that everything ran smoothly. Michelle and her bridesmaids looked fantastic throughout the day. They had their hair done by hair stylist Justina Downs and their make up by Julianne Chai, of Pretty by Julianne. During the reception, the wedding party and guests dined on the delicious food from their caterer Amy Meadows, of Alex’s Catering and nibbled the delicious cupcakes made by Stephanie Scheff, of Kara’s Cupcakes. I’d like to thank my photo assistant Kris Holland for all of his help throughout the day. All the hard work and talent given by these vendors helped make Michelle and Brian’s wedding a memorable, fun day. It was the perfect way to start out the 2012 wedding season for Greener Visuals Wedding Photography. Here are some of my favorite photos from my time there. I wish Michelle and Brian all the best! -M

To see all of their wedding images, you can find them in my photo archive here 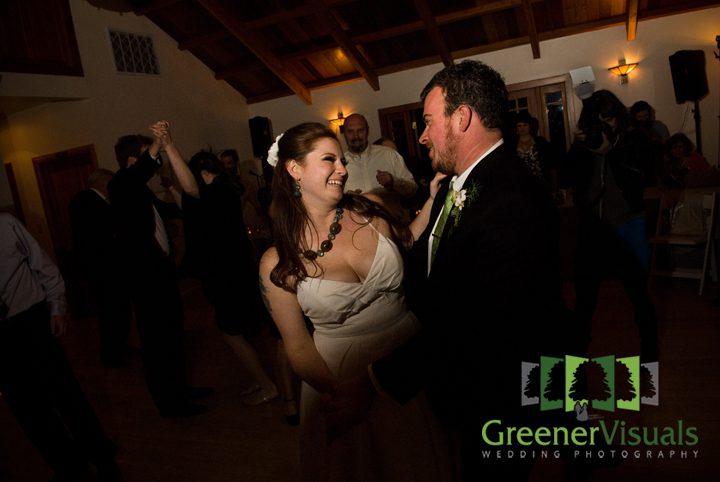 The California wedding season has begun! A couple weeks ago I had the pleasure of seeing two of my oldest friends tie the knot at a small vineyard-surrounded property outside of Hopland, California. I met Ashley and Trevor back back in 1994 when I was in sixth grader at North Junior High School in my hometown of Crystal Lake, Illinois. It was a big time of transition at that point in my young life. Junior High meant attending a new bigger school with new kids and multiple teachers, all of a sudden girls started being topics of interests for me and the other boys, we no longer had recess at school (a huge disappointment) and instead, we got our daily fun through games in gym class. It was gym class where I first met Ashley. She was this pretty, firecracker red head who had grown up playing softball and now was a lethal force against anyone playing gym class dodge ball. For all the other pubescent boys and myself it was an immediate infatuation. This girl could throw a ball better than most of us. I’ve been luckily to call her a friend ever since that day.

Now all grown up, I have long since left my Illinois roots and I’ve found that there are not many people from my hometown that have ventured out west of the Mississippi. Ashley and Trevor were some of the few who did. It’s funny to me how as you grow older in your life you never really know what friends will continue to be apart of your journey. Thankfully somehow, some way Ashley and I have remained in contact and have stayed friends throughout. I have had numerous opportunities to meet up her and Trevor (once they started dating) over the years. Their wedding day was a long time coming. These two are perfect for each other and I’ve always been impressed with their shared passion for the flavor of life both in cuisine and culture. Fast forward 16 years since the 6th grade, the two have made a life together working in the fine dining industry of San Francisco and many times they have offered up their apartment couch to me during weekend visits to the city by the bay. Trevor has quickly turned into one of the top up and coming chefs in the San Francisco bay area. I had the opportunity to photograph (and sample) some of his first restaurant dishes as he was starting out. I still dream about them. He graduated from California Culinary Academy in 2005 and quickly became the executive sous chef at Umami Restaurant and has since moved on to become the executive chef at Mission Beach Cafe over the last year. Trevor’s big news is that he just recently signed on to this new project, which will be called Chambers located in the Phoenix Hotel, a notorious destination for famous “rock n’ roll” musicians staying in the city. The restaurant is slated to open the first week of May and the food will be California cuisine with a focus on locally sourced ingredients. If it’s anything like his previous restaurants gigs that I have dined in, I have no doubts it will be a huge success. Ashley is balancing her time between being a head server and wine guru at the Betelnut Restaurant in Marina District of San Francisco while finishing up a major in Business Management with a minor in Economics at the San Francisco City College. I would not be surprised at all if these two opened their own fancy restaurant down the road. I’ll be keeping my fingers crossed.

When I got their wedding invitation in the mail, I knew it would be a mini Crystal Lake reunion. They had their intimately small wedding outside of Hopland, California at the Mendocino Hill Event Center. It was really a beautiful ceremony filled with great friends and warm familiar faces. I attended this wedding as a guest but I decided to bring along my camera for fun. It provided a good opportunity for me to experiment and try out different approaches to shooting. Between catching up with old friends, laughing and telling stories over local wine and eating an assortment of fine cheeses and roasted duck, I managed to snap a couple pictures. Here are some of my favorite images I made of their wedding day. You can find more photos from Ashley and Trevor’s wedding here. It was so great to be apart of their special day. I wish them all the best. -M